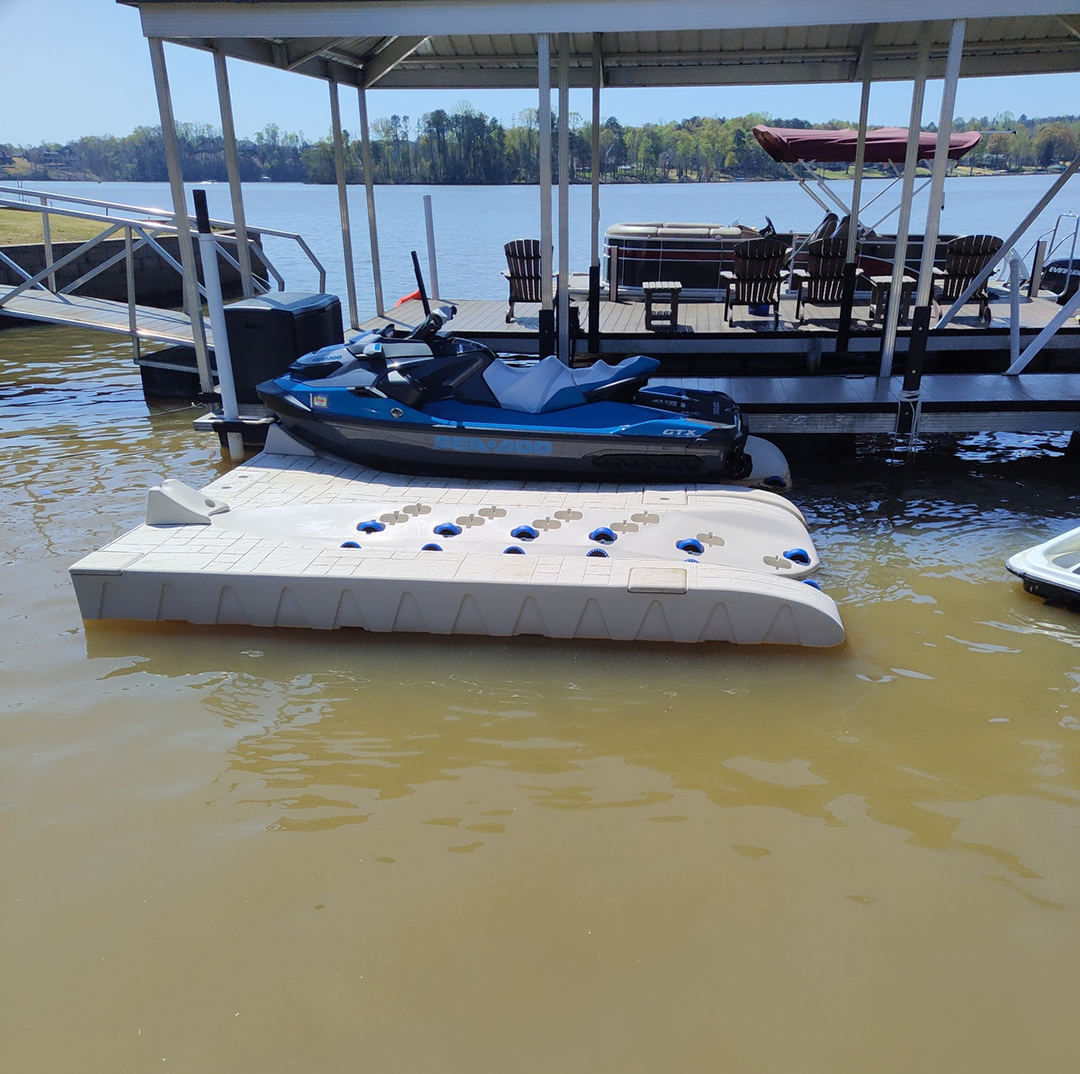 Wave Armor Jetski lift installation and assembly and Jet ski floating docks on Lake Wylie is becoming a popular spot for those who love the thrill of jetskiing.  It is also great for those who want to pull their Jetski up and spend the day on the lake.

Lake Wylie is a large man-made lake that was formed by damming the Catawba River.  The lake has a surface area of 12,810 acres and a storage capacity of 537,000 acre-feet.  The lake has a shoreline of 153 miles and a maximum depth of 165 feet.

It is nice to live near a body of water and have a jet ski, but you need a Jetski port or floating dock to dock your watercraft when it is not in use. Floating docks or Jetski ports are platforms formed along the shore or dock to allow jet skis and other vessels to float and be secured in position without getting submerged in the water.

The Lake Wylie area is growing in popularity for Jetskiing.  This is because the Lake has a lot of wide-open spaces to enjoy a day on the water.  The Jetski port installation and assembly by Master Docks of the Carolinas and northern Georgia can give you peace of mind when it comes to your Jetski.

Contact us today for a free consultation on Wave Armor Jetski port or Floatair Jet ski lift installation and assembly on Lake Wylie.  We will be more than happy to answer any questions you may have and help get your Jetski port installation underway.